A Comparative Outlook Of Goods And Services Tax 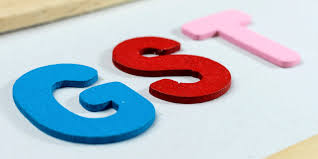 The GST is a new regime in the world of indirect taxes. It is a tax on the sale of goods and services and a uniform rate is applied to all kinds of goods and services.  It is proposed to be brought into force from 1st of April 2017. All the complications which people faced while filing their indirect tax returns are said to be removed by GST. Besides, introduction of GST also paves way for the foreign investors to invest in India. Further,it is expected that GST will ease the operations and provide ease of entry for global dealers.

To have an insight of GST knowing the objectives is important. The basic objectives of GST are listed below:

The GST council has decided that the taxes would be collected by both central and state governments. There are 3 wings of GST:

The principle of set off and input credit

The set off benefit is made available to the people who would have purchased goods with the intention of sales. Thus they can set off the GST which is paid. But there are specific provisions regarding the set off. Some basic rules being:

In the prevailing indirect laws like service tax, there is a mega exemption list which exempts few kinds of services from the levy of service tax. Similarly, the GST council has laid down that GST also should be providing some exemptions to certain range of goods and services. A list of such goods and services proposed to be exempted from levy of GST are:

On the other hand, the following services are not going to have exemptions:

The taxes to be subsumed by GST and its impact

The central levies which will be subsumed by GST once it comes into force are listed below which helps us to have a comparative analysis:

These taxes would no longer continue to apply. They shall cease to be collected from the central government. Thus the service industries which face a lot of confusions and dilemmas while they undertake filing of service tax returns will be benefitted by GST. The excise and customs too will have fewer complications now and the customs clearance offices will be benefitted to a great extent by GST.

State levies which would be subsumed in GST are:

There are differential rates in the state VAT and people face difficulties in determining the rate. GST would fix that problem. Also, the sky scrapping rates of entry tax and luxury taxes are washed away benefiting mostly the customers.

Thus the introduction of GST will lower the prices of many products and services. There will be a uniform rate applicable to the whole of India. All the confusions about the differential rates would thus be removed by GST. The tax authorities too are benefitted as they don’t have to crack their heads searching for what rate is applicable to what kind of product. The collection of revenue would be regular to the government as the GST would be made compulsory to all indulged in sale of goods and services. At the end of the day, except for few industries or categories, majority of the tax stake holders are going to be benefitted by the GST. Whole of India is looking forward to the introduction of GST with their fingers crossed!

The visitors may visit the web site of Government site Like Income Tax Department, Services Tax, Excise, Etc for resolving their doubts or for clarifications.