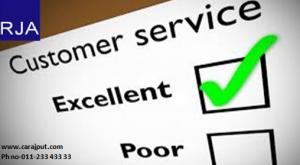 Where real estate developers i.e., Jaiprakash Associates (JAL) and JaypeeInfratech (JIL) did not have ability to influence conditions of competition in relevant market for provision of services for development and sale of residential apartments in Noida and Greater Noida and there were several established real estate players offering world class amenities, JAL/JIL was not in a dominant position in relevant market and, therefore, question of examining alleged abusive conduct did not arise – [2015] (CCI)

Where evidence available on record was insufficient to hold Opposite Parties responsible for having colluded in tenders for supply of AMDBS, a critical safety item required for railway coaches, complaint of alleged unfair business practices made by Informant against Opposite Parties was to be dismissed – [2015] (CCI)

Notification No. 48/2005 dated February 20, 2006 and Notification No. 8/2006 dated June 12, 2006 amending ‘Target Plus Scheme’ under EXIM Policy/Foreign Trade Policy 2004-2009 to restrict/reduce benefit to exporter retrospectively from 1-4-2005 were ultra vires, as already accrued benefit cannot be taken away by retrospective amendment; therefore, the said notifications were read down to be effective only from dates they are issued –[2015] (SC)

‘Flipkart’ is merely facilitating sales, purchase and delivery of goods, it can’t be considered as dealer of goods under Kerala VAT Act – [2015] (Kerala)

Section 54EC of the Income-tax Act, 1961 – Capital Gain not to be charged on Investment in certain Bonds – Taxation of income from offshore rupee denominated bonds – PRESS RELEASE, DATED 29-10-2015

The content of this article is intended to provide a general guide to the subject matter. Specialist advice should be sought about your specific circumstances

Hope the information will assist you in your Professional endeavors. For query or help, contact: singh@carajput.com  or call at 9555555480