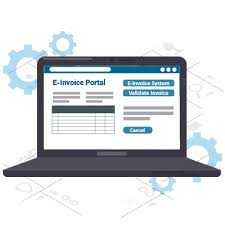 What is the E-Invoice Framework under GST?

GST e-invoice is the adoption of the digital invoice for goods and services provided by the business created on the GST portal of the Government. Thought has been paid to the idea of GST e-invoice generation framework for reducing GST evasion.

The GST officers have come to a conclusion by providing companies with a program that makes it mandatory for them to produce ‘e-invoice’ for each sale on the GST portal of government. This scheme will only apply to those whose turnover rate is above the defined threshold i.e. the government will set a threshold for them.

An official said businesses dropping below a certain level will be given a unique number each time an e-invoice is produced. The corporations will compare the amount with the invoices written in the sales report and pay taxes for verification.

Basic Details of E-invoice under GST 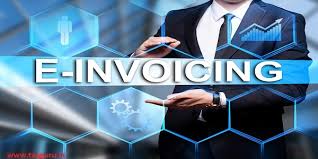 The 39th meeting of the GST Council also agreed to introduce the GST e-invoicing of bills under the GST system and the applicability of QR codes in view of the currently held coronavirus pandemic as from 1 October 2020.

A version of the GST E-Invoicing Trial introduced

IRPs’ position for e-invoicing under GST

After dozens of consultations, E-invoicing was eventually introduced on a voluntary basis for GST registered companies in India from 1 January. The developer of e-invoicing APIs is implemented essentially to submit B2B invoices organized to the GST framework. In fact, real-time transaction invoice monitoring would reduce the risk of last-minute problems due to pendency.

IRP aims to incorporate the e-invoicing program into the company invoicing framework for taxpayers.

The portal also lets the taxpayer get credentials he can access APIs from. Registration for the connection to the API will be complete once the OTP is entered on the checked mobile number and email Id.

Code extracts and master data are given to learn the logic and concepts properly.

By understanding and checking the API methods, developers can boost the performance of APIs with the help of the portal.

Basic details of IRP on GST

Industries would be expected to produce the entire GST e-invoice containing all the value of the sales.

E-Invoicing Under GST Time Period with Requirements for Business Turnover

The GST e-invoice generation process will be the same as the e-way bill created on the https:/ewaybill.nic.in/portal, or the GST payments made on the GSTN portal.

The GST e-invoice generation system will replace the e-way bill produced for the movement of goods as a centralized government platform would be used to generate invoices. The e-way bill is currently only produced for those moving goods which cost more than Rs 50,000.

The official also added that there will be no hassle for companies to file the GST returns after the e-tax invoice generation program kicks off, since the data will be auto-filled invoice wise in the return form.

“We’ll have to review global models led by countries like Latin America, South Korea, and Europe,” the official said. We should also look at ways of motivating businesses to follow the process of producing e-invoices.

Along with the officer’s committee, it is entirely the responsibility of the state, central tax officials, and GST Network Chief Executive to implement the e-invoice under the GST program to reduce the burden of producing invoices and enforcement. The committee is given a deadline by next month to finalize the preliminary report.

The main goal of the generation of e-invoices is to test the evasion of GST. After two years of GST implementation, the government is now pursuing anti-evasion initiatives to boost revenue and enforcement.

Only 20 lakhs fall under the composition scheme from the 1.21 Crore listed firms.

The GST e-invoice generation system would minimize the dual effort, as well as the manual involvement in filing and reviewing tax returns, according to a tax expert.

It said, “The tax department could limit the frequency of mandatory departmental audits in case e-invoice procurements are made to encourage businesses to follow the new framework.”

Following dozens of discussions, e-invoicing was eventually introduced on a voluntary basis for GST registered enterprises in India from 1 January. E-invoicing or electronic invoicing is implemented primarily for the structured recording of B2B invoices to the GST system. In fact, real-time transaction invoice monitoring would reduce the risk of last-minute problems due to pendency.

The target for Invoice Registration Portal(IRPs)

IRP aims to incorporate the e-invoicing program into the company invoicing framework for taxpayers.

The portal also lets the taxpayer get credentials he can access APIs from. Registration for the connection to the API will be complete once the OTP is entered on the checked mobile number and email Id.

IRP provides descriptions of the integration of the business processes through APIs into their e-invoice processes.

Code extracts and master data are given to learn the logic and concepts properly.

By understanding and checking the API methods, developers can boost the performance of APIs with the help of the portal. 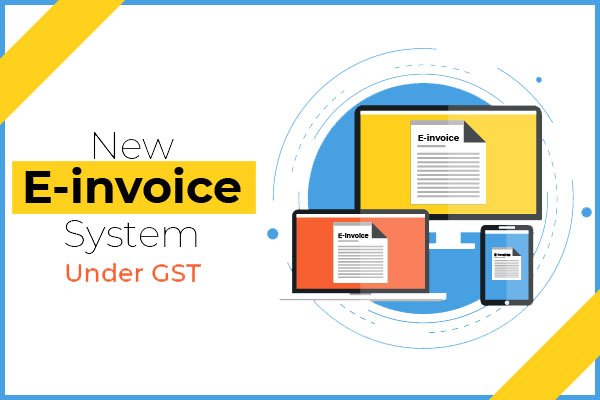 In addition to improving the GST structure, the board has now moved to legitimize a new GST e-invoicing or electronic invoicing in a channelized manner for reporting business to business ( B2B) supplies to the GST scheme. The rule will be voluntary in effect as from 1 January 2020.

As any new rule calls for the establishment of a clear norm to accomplish the target in effect. After consultations with trade/industry bodies and representatives of ICAI, the basic standard for e-invoicing is finalized to ensure the absolute applicability of the existing e-invoicing under the GST regime. There was no set norm for e-invoicing up to now.

The e-invoicing function is guided in such a way that e-invoices created by one software are controlled by software which removes the need to re-enter the digits for a fresh entry. Adoption of this specific standard would allow the seller, buyer, bank, or agent or any other person concerned to read by a computer and thereby restrict the unnecessary data, minimizing errors. This is the main aim behind improving the e-invoicing GST structure.

It was in the 37th meeting of the GST Council chaired by Union FM Nirmala Sitharaman, the design of the new e-invoice system was discussed and accepted, and the same is released on the GST portal along with the schemes.