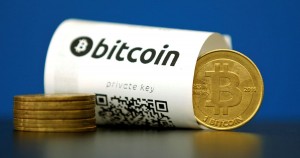 Indian Taxation authorities regulate the country’s digital currency industry, with a ban highly unlikely. Regulation of the industry is also likely to coincide with taxation of bitcoin adopters in the general public.

LEGAL STATUS OF BITCOINS IN INDIA

Until and unless a legal framework and regulation are finalised, such confusion will continue to exist. However, bitcoins have yet to be regulated, which means that the government is not regulating this currency the way it regulates Indian Rupee or any other form of currency. An interdisciplinary committee has already been set up by our government to explore the framework regarding virtual currency.

If you are a bitcoin trader or platform provider, then so share your views on the taxation aspect, by commenting right here.

Recently RBI issued fresh warnings, reminding investors that it has not authorised any entity to deal in Bitcoins and that any investor or trader dealing with virtual currencies “will be doing so at their own risk.

Trading activity may also come under the jurisdiction of the Securities and Exchange Board of India (SEBI), which regulates the country’s securities market.

Ultimately, bitcoin and other cryptocurrencies may come to been viewed as kinds of digital assets under Indian law.

ACTIVITIES OF BITCOIN DURING TRANSACTIONS :

Any gain on Bitcoin is taxable as any gain on account of Bitcoin exchange is certainly (100%) taxable because the definition of income u/s 2(24) under Income Tax Act is inclusive, which mean every kind of income unless clearly exempt . “The CBDT has in the past issued a circular (4 2007) which, after taking into consideration various judicial precedents, has set out various tests to determine whether shares are held as investment or stock in trade.The same parameters can also be applied to bitcoins.”

1.      During Purchasing  of Bitcoins: No taxation liabilities purchasing of bitcoins

Taxation of barter transactions for buying any other thing or paying for any kind of purchases where consideration is paid in bitcoins: While the general acceptability of bitcoins in India is pretty low, it is not unusual to find savvy businesses accepting bitcoins as consideration for the sale of goods and services.

Trading of Bitcoin i.e Speculative Income : This is debatable on account of lack of any law related to taxation of Bitcoin in the Income Tax Act . It will be determined on the basis of each facts and circumstances. In case of trading it will be considered as speculative income and will attract tax as per slab rate of Individuals.

Bitcoin transaction as a nature of Investment i.e. Long-Term Or Short-Term Capital Gains  :  As per us Given the wide nature of definition of capital assets under Section 2(14) of the I-T Act, the purchase of bitcoins, if it has been made for the purpose of investment, should be treated as a capital asset. Thus, any gains arising on transfer (ie: sale) should be characterised as capital gains.”

Under capital gains, there are two aspects:

Taxation on Professional Income blogger, freelancer or consultant earning in Bitcoins : If you are a blogger, freelancer or consultant earning in Bitcoins, you may be wondering how to file your taxes for income from any services rendered to clients in India or abroad. an applicable rate of income tax as per your income slab will apply. If your income exceeds Rs 10 lakh then the applicable tax rate is 30 percent plus surcharge and cess.

GST on Bitcoin : Since Bitcoin is not specifically mentioned in the list of Goods and it cannot be treated as an “Essential commodity” which maybe exempted from GST, nor it suffers a tax like the STT applicable for stocks and CTT applicable to commodities traded through exchanges,  the rate of GST on Bitcoins may be treated as 28%. If Bitcoin is taxed under GST as a normal commodity which is manufactured, imported or exported, bought and sold at each purchase point the buyer is entitled to claim input credit

As per my advices India may put in place a goods-and-services tax on bitcoin purchases.

We can expect some clarity once the Finance Ministry finalises its opinion on a report on virtual currencies that was submitted to it recently. It would be interesting to see if GST will be applicable or not? Only future has answer to it.

In so far as the tax code in India is concerned income, profits and gains are taxable even if they are received in money’s worth instead or real money or currency. Therefore, the value of bitcoins received would also be considered income in India in the hands of the recipient and the profits on such income subject to tax at the rates applicable to both Purchaser and seller,

Conclusion:  According to the law if somebody makes some money that should be subject to income tax.” Even if bitcoins were illegal, income earned needs to be declared and tax paid. No final decision has been taken but it is under active consideration. Having said that, mining, buying and selling virtual currencies is not illegal in India, but it is also not recognised by law either. There is a question mark on the taxability aspect too. So if you have been trading or investing do make sure any gains from the sale of Bitcoins is included in your income tax return. The buying and holding of Bitcoin won’t attract any Income tax liability. Until and unless a legal framework and regulation are finalised, such confusion will continue to exist.